Each night aboard your Disney cruise there will be featured evening entertainment.  The featured entertainment will be highlighted in your daily navigator.  The entertainment is family friendly and designed to delight and entertain children of all ages!  Several of the shows during your cruise will be Broadway caliber Disney original live shows.  These shows are not to be missed!  Most of them are musicals and feature a number of character appearances.  Each Disney ship has a unique show schedule.  Some shows play on multiple ships but some are unique to their ships.

The production of the shows is absolutely unbelievable!  The sets, the costumes, the characters, the musical arrangements all done a boat!  It really feels like you are watching a Broadway show while at sea.  The acting and singing are first rate.  Disney knows entertainment!

On the nights there are not shows Disney has other featured entertainment. It could be a magic show, a comedian (rated G of course) or a first run Disney movie (on my first Disney cruise they showed Toy Story 3 in 3-D one evening.  It was still in theaters).  If you happen to be sailing when there is a Disney movie premiering on land it will probably be premiering at sea as well.  For example The Avengers premEared on the Disney boats at 12:01 on release day (lucky guests!).

The featured entertainment will have 2 showings at 6:15 and 8:30 to accommodate both dinner seatings.  On your day(s) at sea there may also be an afternoon matinee.  There is a concession stand outside of the theater if you wish to take snacks and/or drinks into the theater.  Be aware that these snacks are an extra charge.  There are also servers walking around with smoothies and milkshakes for children with light up straws.  Be prepared to buy one or tell your child no and know that likely children around you will have them and you may see lights flashing during the shows.

The evening entertainment is certainly a highlight of your cruise! 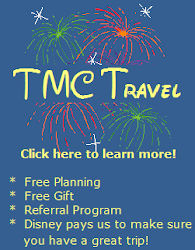